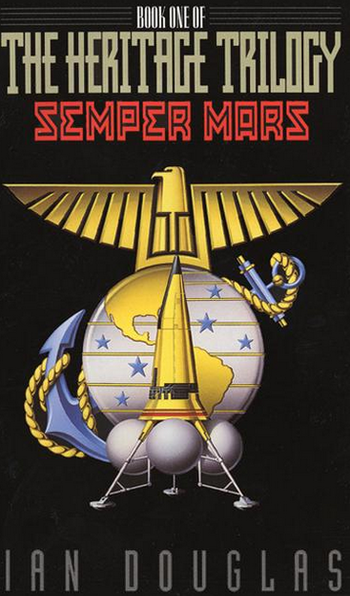 A military science fiction series by Ian Douglas, in which Earth gains access to the wider universe after the discovery of Precursor artifacts on Mars, and the US Marine Corps finds new purpose as Space Marines.
Advertisement:

The early novels focus on the conflict between the US and the UN over the new technology. In later novels, the human race begins to encounter other intelligent species.