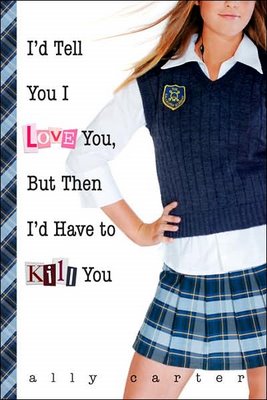 The Gallagher Girls series follows Cameron "Cammie" Morgan (Chameleon) through her life as a Teen Superspy (in training). Along with her friends Rebecca "Bex" Baxter, Elizabeth "Liz" Sutton, and Macey McHenry, Cammie learns the art of espionage at the Gallagher Academy for Exceptional Young Women. At first, the series is a light-hearted romantic comedy as Cammie starts falling in love with a guy and has to balance learning to be a spy with dating a seemingly-normal guy, but as the series continues, it takes a sharp turn for the dark.