Literature / Brother In The Land 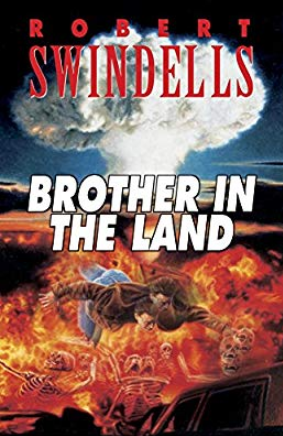 A 1984 novel by Robert Swindells. One summer’s afternoon in Skipley, Yorkshire, teenage Danny Lodge, after a humid day of minding the family shop, takes his bike onto the nearby moors and, caught in a shower, shelters in a pillbox left over from the last world war. He doses off, wakes to be dazzled by a distant flash, and sees, on the horizon, an enormous mushroom-shaped cloud. A masked soldier confiscates his bike, orders him back to the town, and kicks him in the stomach.

Back in Skipley, life drags painfully on, with worldwide devastation, minimal food, and the only sign of law enforced by a troop of soldiers who reputedly shoot on sight anyone who approaches the supermarket. On befriending local girl Kim, Danny hears rumours of an automated commune on the land of smallholder Sam Bramwell...