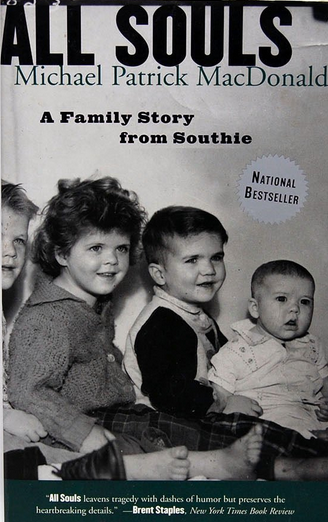 All Souls: A Family Story from Southie is an autobiographical account by Michael MacDonald of growing up in South Boston in the 1970s and 80s. The book deals with Michael's formidable mother Helen, his many siblings (Davey, Joe, Kathy, Franky, Kevin, Seamus, and Steven), and the criminal kingpin "Whitey" Bulger, who controlled the drug trade in that part of the city.
Advertisement:

What happens as he grows up and his siblings and him become increasingly caught up in the crime wave sweeping that part of the city... is bad. Very very bad. You have been warned.

Currently MacDonald is attempting to write a movie script based off the book for director Ron Shelton.