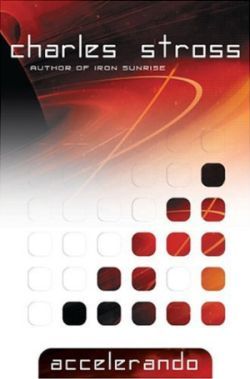 A work of Speculative Fiction by Charles Stross. Set as a future history of the 21st century, it follows three generations of a family as humanity approaches a technological singularity.
Advertisement: