Literature / A Bleeding Heart Of Steel 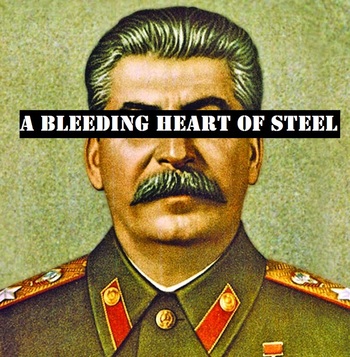 "I know that after my death, they will heap a pile of rubbish on my grave, but the wind of history will sooner or later sweep it away without mercy.
- Joseph Stalin

A Bleeding Heart of Steel is an alternate history timeline written by AlternateHistory.com user Kerguelen.

In our timeline, Joseph Stalin died in his cottage from a stroke in 1953. Nine years before his death, two spies attempted to assassinate Stalin during the height of World War Two. While they failed in our timeline, a Bleeding Heart of Steel imagines a world where they were successful in killing the Man of Steel.

With a new Soviet leadership taking control of the nation, the Post-War World is guided towards a different path as the Iron Curtain falls across Europe.

A Bleeding Heart of Steel contains the following tropes: