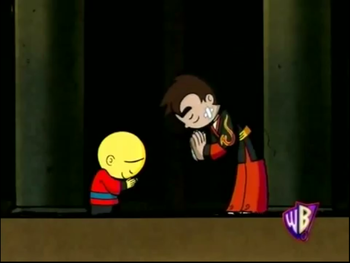 Even Omi's proud of Raimundo for getting promoted.
Advertisement: