Film / What Happens in Vegas 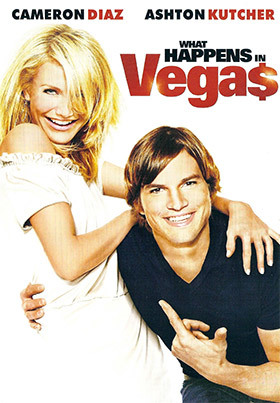 What Happens in Vegas is a 2008 romantic comedy starring Cameron Diaz and Ashton Kutcher.

Joy (Diaz) has just been dumped by her fiance in the middle of trying to throw him a surprise party, and Jack (Kutcher) has just been fired, by his dad, no less. The two go to Las Vegas with their best friends to blow off some steam and end up drunkenly tying the knot. After realizing their mistake and planning to get an annulment, Jack hits the jackpot on a slot machine with Joy's quarter. Before either of them can see a cent of the money, a hard-nosed judge forces them to spend 6 months trying to make their marriage work.