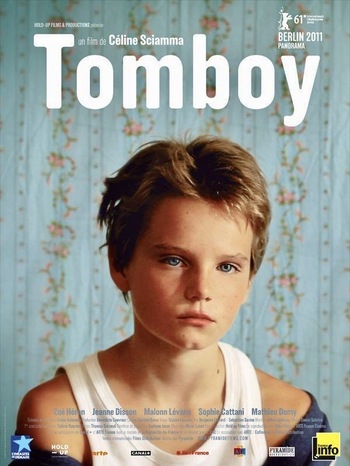 Tomboy is a 2011 French drama film directed and written by Céline Sciamma (her second feature film after Water Lilies).

Ten-year-old Laure (Zoé Héran) is used to moving around. She's moving once again, but this time her parents plan on staying in a Paris suburb for a while.

Soon she meets Lisa (Jeanne Disson), a girl her age who mistakes her for a boy. Laure decides to stay in character and introduces herself to Lisa and the local children as "Mickaël". She keeps this secret from her parents, and it is summer so she hasn't run into any problems with school yet. She and Lisa soon develop a mutual crush.

Has nothing to do with either comic, or the 1985 American teen comedy of the same name.