Film / To Catch a Yeti 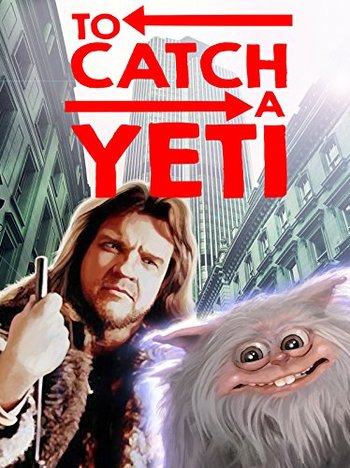 A 1995 Made-for-TV Movie in which Meat Loaf battles a little girl for possession of a two-foot-tall animatronic yeti.

Our story begins in the Himalayas, where Big Jake Grizzly (Meat Loaf) seeks a yeti for his wealthy patron. The yeti narrowly eludes him and stows away in the luggage of a mild-mannered tourist from upstate New York. His daughter Amy discovers the creature and names him Hank. When Big Jake Grizzly tracks down the family and captures the yeti, Amy follows them to New York City to rescue her new friend.