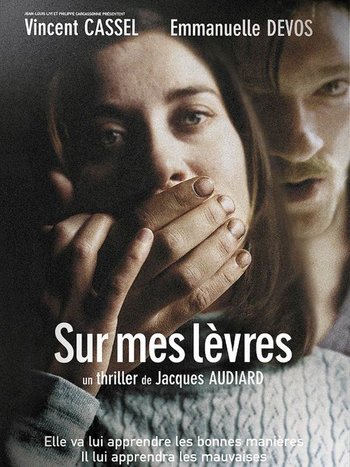 Carla (Devos) works as a secretary in a construction company. Her relationships with her co-workers are bad, because she is aloof and because she is deaf. After a nervous breakdown, her boss suggests to hire an assistant. She decides to hire Paul (Cassel), a guy who has Just Got Out of Jail.

Read My Lips provides examples of: