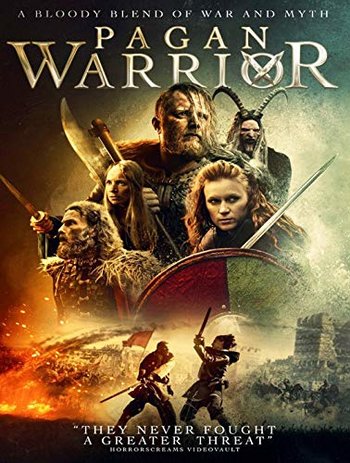 After a savage gang of Vikings invade a Saxon Castle, murdering all in sight, now calling the castle their land, one surviving man is helped by a coven of witches, who promise to help him exact revenge. After a spell is cast by the group, they invoke the spirit of Krampus, the Yule devil, who summon to appear to take revenge on all those in the castle. However, Krampus has a deadly price in store for the surviving Saxon. One that may in fact cost him his own life.