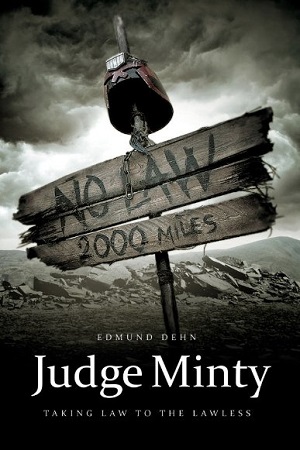 Judge Minty is a 2013 short Fan Film based on the Judge Dredd comicbooks. It follows the story of Judge Minty, an elderly street Judge who was the first lawman to head out into the Cursed Earth beyond Mega City One to bring law to the desolate region as his final mission. The film expands on Minty's story and shows how he runs into and battles a gang of Cursed Earth outlaws.