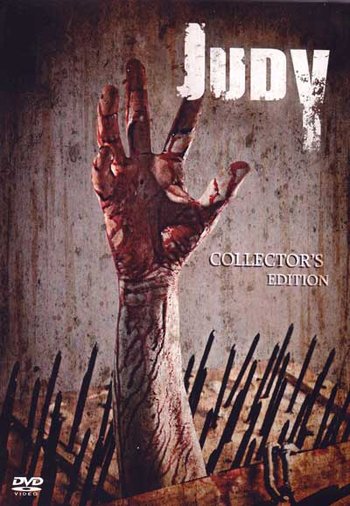 Judy is a 2014 short horror film that serves a spinoff of the Sleepaway Camp series. It focuses on the character Judy, who survived the events of the first film.

The plot revolves around an adult Judy, who survived her alleged murder in the first film and is now a murderer herself. She, however, intends to help a mother deal with her sleazy ex-husband who refuses to pay child support, and is abusing his new stepdaughter.

Karen Fields reprises her role as Judy, and the film is on YouTube to watch for free.

Not to be confused with Judy (2019), the 2019 biopic about Judy Garland starring Renée Zellweger.