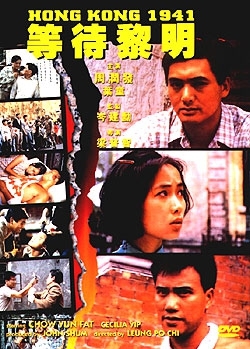 Set in Hong Kong, in 1941, the story revolves around the forbidden love story between Wong Hak-keung (Alex Man) and Yuk-Nam (Yip), due to the differences in their societal status, and that Hong Kong is near the outbreak of war, with the Japanese forces ready to invade anytime. Additionally Hak-keung had to contend with Yip Kim-fay (Chow), a close friend who also has feelings for Yuk-Nam, who is a supporter of the local Japanese forces posted in Hong Kong.

Chow Yun-fat notably won the 22nd Golden Horse Awards for Best Actor for his performance in this film, which allows him to be spotted by John Woo for his next big breakthrough, A Better Tomorrow. After this film, Chow and Man will later co-star in the Rich and Famous / Tragic Hero duology, where they would ironically play enemies instead.