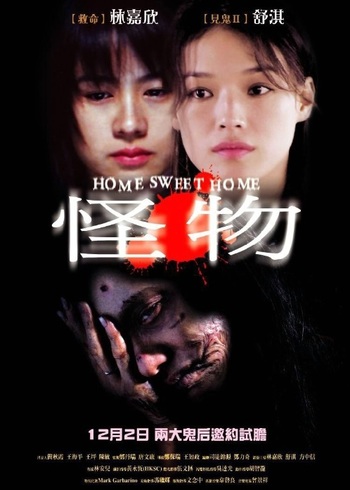 Alex Fong and Shu Qi plays a married couple from a young, happy family from downtown Hong Kong, who moved to a newly-constructed apartment block established barely a few years ago after a massive government-sponsored renovation project. Consisting of Raymond, an architect (Alex), his wife May (Shu) and their young son, the relatively new family intends to start a new life in the big city, but trouble occurs when an urban legend of a "mysterious creature" haunting the apartment's basement surfaces. And then, shortly after moving in, the son witnessed something crawling through the vents of the house...

When the couple's young son gets abducted during a birthday party, and the husband, Raymond, gets critically injured by the mysterious creature, it's up to May to get back her son at all costs, and in the process, uncover the horrifying truth about the apartment's backstory.

Do not confuse this with the 80s slasher flick, Home Sweet Home. Yeah, they're both horror-themed, but this one's more towards the drama factor.