Film / Blow The Man Down 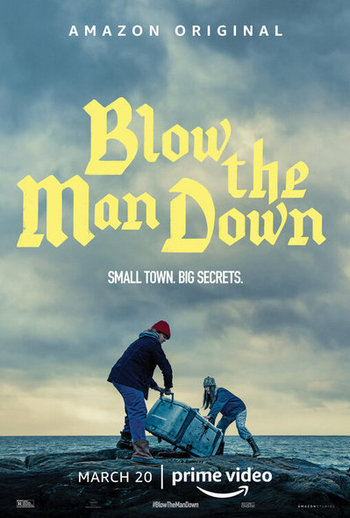 Featuring Margo Martindale as Brothel madame Enid, the story follows a small Maine town, where sisters Mary Beth and Priscilla have just finished burying their mother. That night, Mary Beth kills a man in self-defense, but covers it up out of fear of not being believed, and of the other negative consequences. They find that the dead man had $50,000 with him, and try to work through the mess, while his employer at the brothel, some old family friends with dark secrets, and the local police all look into both the disappearance of the man the girls killed, and a local prostitute who he'd murdered shortly beforehand.