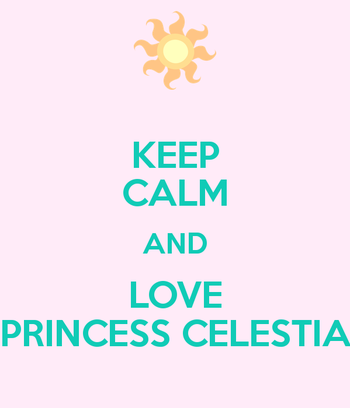 is a romance fanfic set in The Weedverse and written by Kudzuhaiku. Princess Celestia feels lonely and has the need for romantic companionship again, so she asks the most expert pony she can think of for help, and Princess Cadance, the Alicorn of Love, is only too happy to oblige.

And that's how Princess Celestia ends up on blindfolded dates in back rooms of Canterlot cafes.

Has two sequels: The Perilous Romance Of Swans, and The Perilous Gestation Of Swans which occurs right after the former.