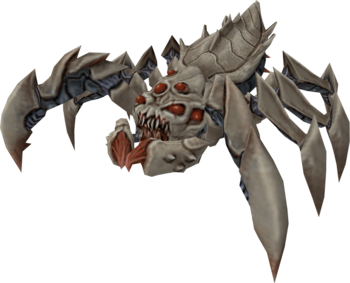 RuneScape is very well-known for some of its Demonic Spiders.