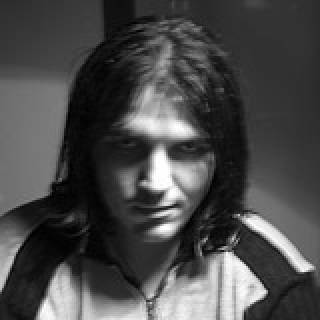 "I write by drawing and I draw by writing."
Advertisement:

Stjepan Šejić (born November 27, 1981 in Vinkovci, Croatia) is a Croatian comic book writer and artist. Šejić was born in Vinkovci and resides in Crikvenica, Croatia. Šejić started his career as a colorist, painting covers drawn by Tyler Kirkham. He was mainly inspired by Italian comics before he stumbled upon a copy of Top Cow's Witchblade, which inspired his own art. His work is also influenced by Marc Silvestri and Michael Turner.

In 2007, Šejić signed up to draw the art for Witchblade from issue #116 to #150, the longest run of the series drawn by a single artist once completed. He also illustrated the Witchblade miniseries First Born and Broken Trinity, and covers of the Top Cow series The Darkness. He also cooperates with smaller publishers such as Arcana Studio and Dynamite Entertainment. Since 2015, he has been focusing on his creator-owned titles, which include Sunstone, Fine Print, Death Vigil, Ravine, and The Queen & The Woodborn.

Šejić is married to fellow Croatian artist Linda Luksic Sejic, and has said that he has mild Tourette's Syndrome.