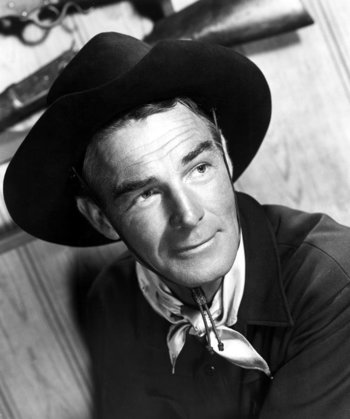 As a leading man for all but the first three years of his cinematic career, Scott appeared in a variety of genres, including social dramas, crime dramas, comedies, musicals (albeit in non-singing and non-dancing roles), adventure tales, war films, and a few horror and fantasy films. However, his most enduring image is that of the tall-in-the-saddle Western hero. Out of his more than 100 film appearances over 60 were in Westerns; thus, "of all the major stars whose name was associated with the Western, Scott most closely identified with it."