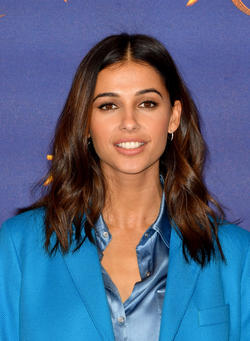 Naomi Grace Scott (born 6 May 1993 in Hounslow, London) is a British actress and singer.
Advertisement:

Scott is currently best known for portraying Kimberly Hart in Power Rangers (2017) and Princess Jasmine in the live action remake of Aladdin, which followed earlier roles in various television works.