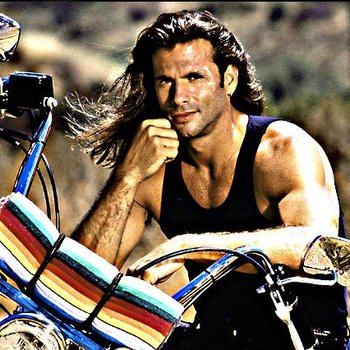 The most handsome Lorenzo Lamas photo available on the internet.
Advertisement:

His parents are actor/director Fernando Lamas and actress Arlene Dahl.

He has been married five times and he has six children.