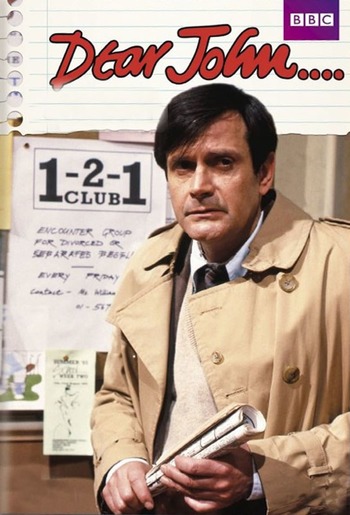 Dear John.... is a British sitcom written by John Sullivan (of Only Fools and Horses fame) and starring Ralph Bates as John Lacey, a divorced man who was recovering from his ex-wife having left him for his best friend. Much of the comedy centred around his friendships with the members of the '1-2-1 Club', a support group for divorced and separated people.

Remade for American television with Judd Hirsch as Dear John...note Note that there are three periods in the title as opposed to four in the British version., which ran on NBC from 1988–92.

Not to be confused with the 2010 film of the same name.

For the trope about ending a relationship with letter, see "Dear John" Letter.