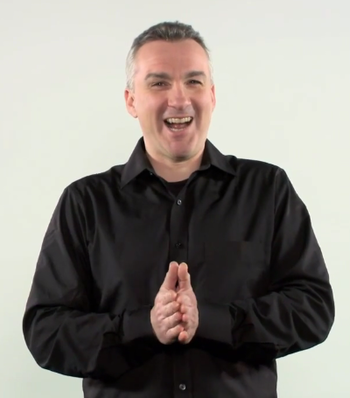 Keith Wickham (born 16 September 1965) is a British voice actor who does voicing acting both in his home country and America.

He started out doing voices for various children's programming, including Angelina Ballerina, The Koala Brothers, and The Secret Show. He eventually got his big break when Thomas & Friends was switched into the CGI format from 2009 to 2020.

Tropes relating to him: