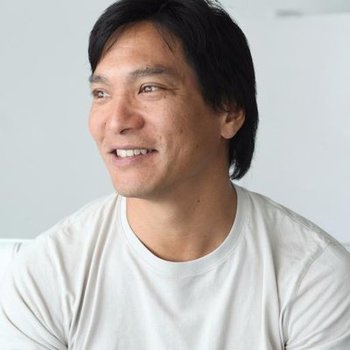 "My father was a big Bruce Lee fan. He's Chinese-Hawaiian, and my mother is Chinese. He used to take us to all these really fantastical films with martial arts in them. And Bruce Lee was amazing."
Advertisement:

Jason Scott Lee (born November 19, 1966) is an American actor and martial artist best known for Dragon: The Bruce Lee Story (no relation) and The Jungle Book (1994).

He is married to Diana Lee.

Not related with skateboarder Jason Lee. Not to be mistaken for Jason Lee Scott either.