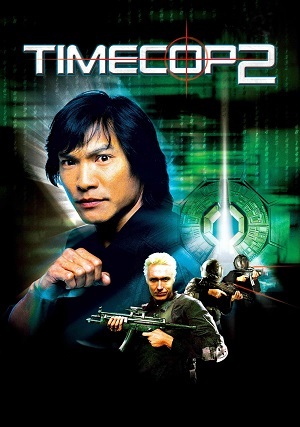 Timecop 2: The Berlin Decision is a 2003 Direct to Video sequel to Timecop.

In 2025, the Time Enforcement Commission, the agency set up to monitor time travel, has been in dispute with a rival agency, the Society for Historical Authenticity, that believes the technology should be used to change the mistakes of the past. When TEC agent Ryan Chang arrests their leader Brandon Miller for a failed attempt to assassinate Hitler, the latter escapes and sets out to remove all the time agents who opposed him from history.