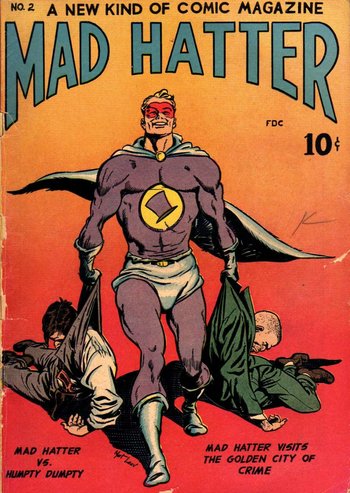 The Mad Hatter is a Superhero from The Golden Age of Comic Books, created by Bill Woolfolk published by O.W. Comics Corp in The Mad Hatter #1-2.

Grant Richmond is a lawyer with a problem. You see, he has grown disillusioned with the legal system, deciding that it makes as much sense as Alice's Adventures in Wonderland. Thus, donning a garish costume, Richmond became the rhyming vigilante the Mad Hatter.