Comic Book / Stuck in the Middle 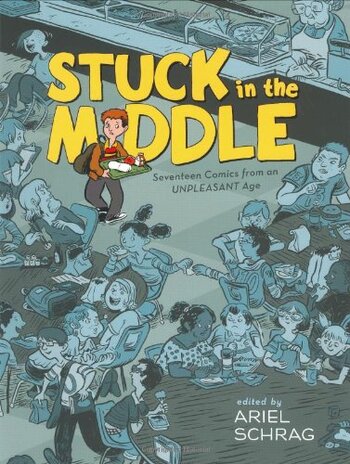 Stuck in the Middle is an anthology of short black-and-white comics about middle school, drawn by 17 different artists and edited by Ariel Schrag. The comics do not follow one central plotline; rather, each features an episode in the life of a middle school student, and all of them seem to have the view that Middle School Is Miserable. Loss of friends, bullying, and the obliviousness of adults are prominent themes, and few of the comics end on happy notes.

Has no relation to the Disney Channel show.