Characters that appear in the CBBC Show Trapped! 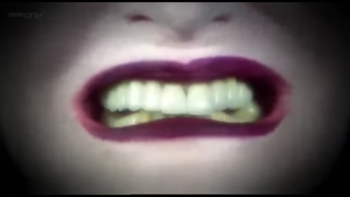 You're Trapped!
The owner of the tower. No one has ever seen her but you can always hear her talking in your noise hole. Always picks the Sabotuer on each floor and helps them through their whisper clips. Played by Eve Kapf in the first series and then by Faith Brown in series 2 through 4.
Advertisement:
The Caretaker 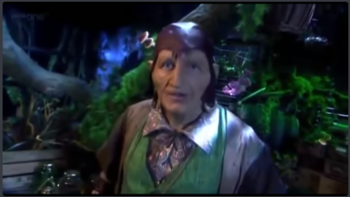 It's time to pick the saboteur!
A man who is trapped in the tower and has to trap unfortunates to earn his freedom. The Main Host of the show, who uses his "Watch tank" to observe the game being played each episode, with slight remarks now and then. Played by Simon Greenall.
Wiley Sneak 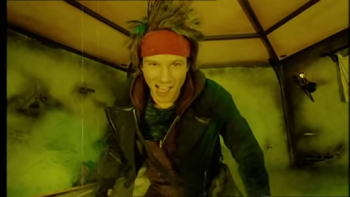 To show you how it's done, here's Wiley Sneak!
An unfortunate trapped in the tower a century prior to the start of the first series. He demonstrates the challenges as the Caretaker describes them. Played by Olly Pike

Phyllis and Madge
Two flowers from "Feed Me Lies", Phyllis likes the truth while Madge likes lies.
Boris
The organist in the challenge Deadly Medley.
Advertisement:
Ethel the Witch
The Caretaker's cousin, who appears in the Witch's Brew challenge.
Child eating python
The eponymous snake in Snake Attack.
The head on a plate
A character who appears in the challenge Poison Banquet.
Advertisement:

The Botherers
Two creatures who steal pieces of the body unfortunates have to assemble in Body Shock.
Miss Mutternot 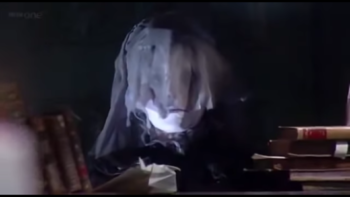 A place for everything and everything in it's place
The tower librarian. Originally appeared in the challenge Spooked but returned in Ever After for Mutternot's Tales.
The fairies
First appeared in Fairy Trials. Some are good. Some are evil and the Unfortunates must determine which is which.
Greenfingers
A green hand that lives in the Tower potting shed. He also stops Unfortunates from finding Magic bulbs in his challenge, Greenfingers
Madam Deux Visage
A French woman who appears in Two Faced Liar
The whinging werewolf
From the challenge Extraction. Unfortunates have to remove 3 rotten teeth from his mouth.
The One-Eyed Watcher
The character from the challenge of the same name.

The Crowman
The title character from the challenge Beware the Crowman.

Series 4/Ever After challenge characters 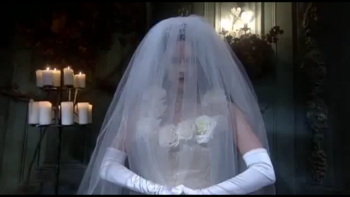 The titular character of the Midnight Bride. Unfortunates need to find her 3 potential husbands.
The Marriage Man 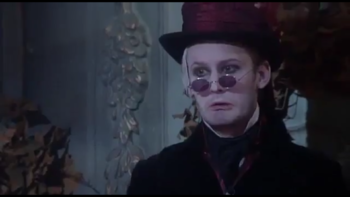 "This is all getting silly!" The Marriage Man said. "You must choose a husband before you are dead!"
The Frozen Princess
A sleeping princess who's part of The Frozen Princess. She wakes up and screams whenever the Saboteur says a word that sets her off.
Scarlett
A wolf hunter who is in the challenge The Wolf and the Nut
Split Ends
A young lady trapped by her own ridiculously long hair from the challenge of the same name.
Granny
An evil granny who appears in the challenge A Child for Tea.
Esme
A woman who observes the challenge Scallywag Wood. She transforms chickens and scallywags into other creatures, which the Unfortunates need to find.
Millicent
The first title character of Millicent and the Moths.