Characters who have debuted in Harvest Moon DS (Cute).

open/close all folders
Bachelors and Bachelorettes 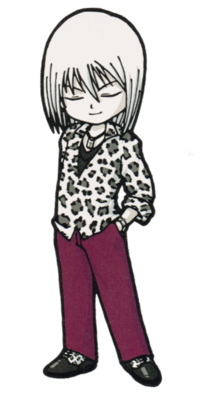 Called "The Phantom Thief," he slinks around the valley looking for things to abscond with. He always warns his victims before appearing, and he thinks his destiny is to be a curry chef. He flirts shamelessly with the ladies, regardless of their age or marital status. Some of them are receptive to it. Others... aren't.

The store owner of May's Tailoring in Cute. He's a secret bachelor who is rather unorthodox. 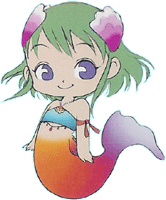 A cute mermaid, she was rescued by Daryl. At first, she looks like another one of his experiments, but he actually cares deeply about her and wants to learn about mermaid culture from her. In return, she cooks for him and is his friend. 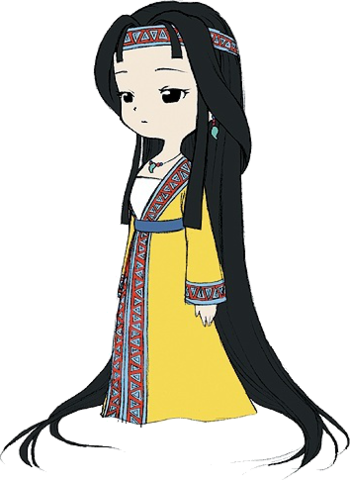 A princess who sleeps deep within the mines at Carter and Flora's excavation site. She does not speak, but has a tablet to write on. She was imprisoned there by the Witch Princess. She's one of the available bachelorettes, but be warned—just going to see her every day is no small feat, and she has expensive tastes.
Villagers

The ringleader of the circus that moves into town after your child is born.

The star acrobat of the circus, and Barney's wife.