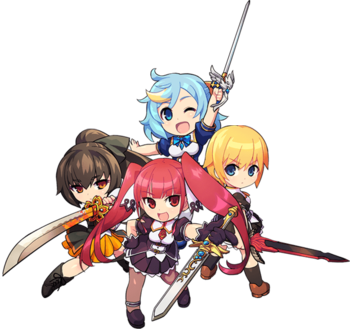 This page will list the characters who appear in the game.

As always, watch out for spoilers!

Tropes for the characters as a whole: 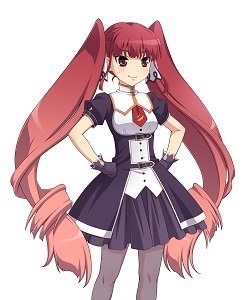 Voiced by: Yuka Iguchi
The main protagonist of Croixleur, Lucrezia (or Luc for short) is a seventeen year old girl from the royal family representing the noble house Beshie at the Academy. Bright and straightforward with no hidden intentions, no interest in political warfare and packing a strong sense of justice, although it does tend to get the better of her and lead her to cause trouble for others. However, she always ends up making everyone else happy in the end. She is also very skilled with magic swords. 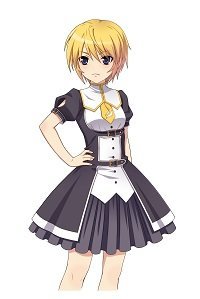 Voiced by: Ayumi Fujimura
Luc's former childhood friend, Francesca (or Fran for short) is a representative and head of the knight house Shelta at the Academy. Compared to Luc's cheerfulness, Fran is more serious about getting through the trial and her future, leading her to make some prickly comments to her.
Katerina Visconti 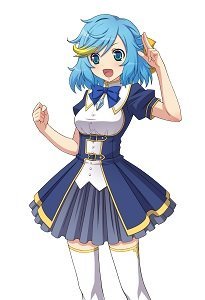 Voiced by: Haruka Terui
The younger sister to the queen and fourth in line to the throne, despite her inability to get used to being a noble. Though brash and reckless, she also possesses a heroic attitude. Though she's prone to misunderstandings, there are also times where she's shown to be much smarter than she looks. Also learned how to fight from Sara's father.
Sara-Annika Stralo 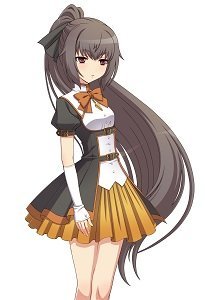 Voiced by: Satomi Akesaka
A foreign exchange student from a far-off country called Niyan and daughter of a sword instructor who works as the queen's teacher. Due to her inability to talk to other people, the other students ended up being scared of her, leaving her lonely until Katerina chose to befriend her. Also possesses considerable shamanic talents that she herself isn't aware of.