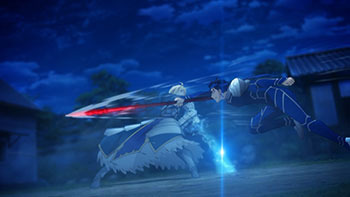 While not on para with what went down in Fate/Zero the ufotable still managed to give us some stunning visuals.