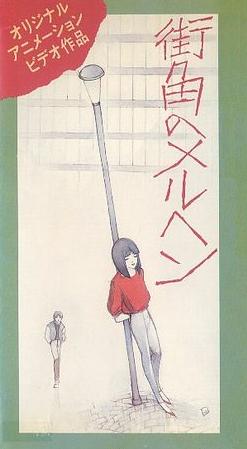 Radio City Fantasy (街角のメルヘン) is one of the first OVAs, scripted by Takeshi Shudō at 18 years old.

In the 1984 OVA, a young artist named Hiroshi falls in love with his muse, a moody pale-skinned girl with something he sees as special. Phantasmagorial surrealist segues ensue. This avant-garde anime is known as "Machikado No Meruhen" or "Street Corner Fairytales" in Japan, and is named so in hopes of people confusing it with the 1962 Osamu Tezuka short film "Aru Machikado no Monogatari".

It should be noted that Yoshitaka Amano designed the characters in one of his earliest gigs.