Anime / Cyborg 009 The Movie: Legend of the Super Galaxy 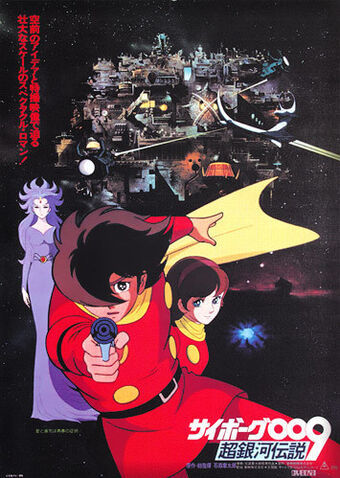 Jo is About to Shoot You.
Advertisement:

Cyborg 009: Legend of the Super Galaxy is the third theatrical film adaption of Cyborg 009. It was released on December 20, 1980 and was created to celebrate the 25th Anniversary of the Cyborg 009 franchise.

The film features the 00 Cyborg team being assembled again to do battle against Emperor Zoa, an intergalactic tyrant seeking to conquer the universe.