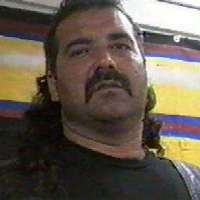 Alfred Poling (born January 22, 1957) is an American Professional Wrestler from New York City best known for his work in ECW from 1994-1996 as 911. He debuted in 1990 after training under "Pretty Boy" Larry Sharpe and competed in the independents before arriving in ECW in 1994. His first role was as the anonymous handler who wheeled Sabu down to the ring, which changed when he was officially named at ECW The Night the Line Was Crossed on February 5th. He left ECW in early 1996, making only a couple of appearances after. He was a Jobber in WCW in 1996-1997 as "Tombstone." He has worked for various independent promotions in the New York-New Jersey area ever since. Among his in-ring achievements, he is a former NWA World (New Jersey) Light Heavyweight Champion

and in 1994 Pro Wrestling Illustrated named him "Rookie of the Year."

"These tropes have been chokeslammed by 911":