"The Greeks and Romans invented wrestling. The Monster Factory PERFECTED it!" 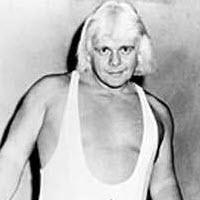 Larry Weil (June 26, 1951 – April 10, 2017) was an American Professional Wrestler from Paulsboro, New Jersey as Larry Sharpe. He debuted in 1974 in the WWWF and went on to work for a variety of territories. He was a 1x Stampede International Tag Team Champion

with Jack Evans and a 1x Hawaii Heavyweight Champion

. He was most famous for his work as a trainer at his long-running school the Monster Factory

He was in no way related to Iron Mike Sharpe and has no connection to Monster Factory.