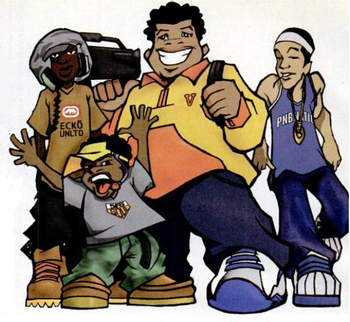 Station Zero was a very short-lived animated television series on MTV, airing in 1999 and then quickly disappearing from the airwaves with little fanfare. In a similar format as Beavis And Butthead, the series followed four young black (and one Latino) men who, running a fictional public-access television show called Live from the Bronx, watched hip-hop videos (and the occasional rock video) and provided humorous commentary.