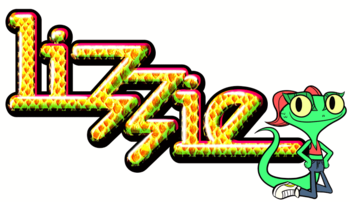 Lizzie was a series of animated shorts by DreamWorks Animation that were shown on DreamWorksTV and go90.

The series was about a teenage girl named Lizzie Green, who ended up transformed into a lizard after her dad tried to cure her of her acne with a pimple remover he invented that utilized lizard DNA.

The first season premiered in 2016 and consisted of six shorts, while the second season was released the following year and lasted seven shorts.