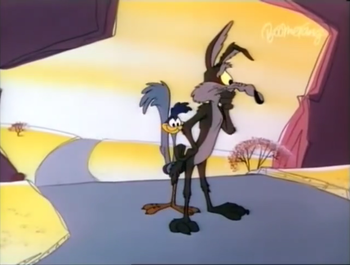 From a grenade, a trapeze, a firework on a slingshot, another firework with an extremely long fuse, a boulder, a motorboat and a high-speed tonic, Wile E. Coyote still goes nowhere in his neverending quest to catch the Road Runner.