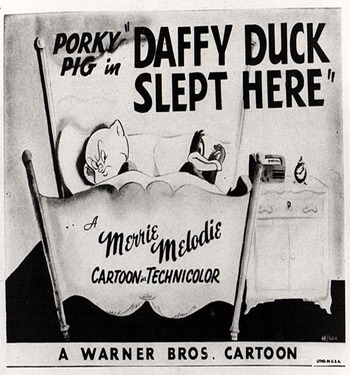 When Porky Pig arrives at a big city, he tries to find a hotel room, but due to a convention, there doesn't seem to be any vacancies. When he finally finds a hotel's single vacant room, he's informed that he'll have to share it. After turning in for the night, Porky's roommate, who turns out to be Daffy, loudly comes in and makes a racket that keeps him awake. Throughout the night, Porky tries to put up with the duck's antics in order to get some sleep.