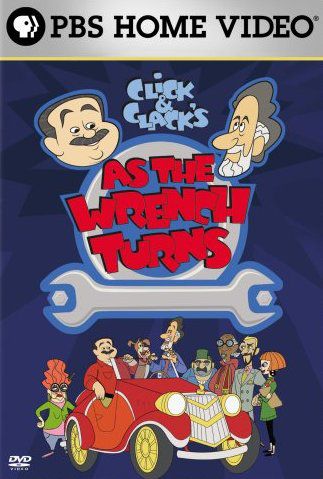 Click & Clack's As the Wrench Turns (2008) was a PBS network Celebrity Toon about two brothers from Boston who both manage to run a small local neighborhood car garage and a national radio talk show and get into wacky hijinx. Their natural curiosity and creative schemes ensure that Hilarity Ensues. Made on what appears to be an extremely low budget, to the point where actual writers seem to have been dispensed with. Needless to say, it was short-lived. The brothers were based on Tom and Ray Magliozzi from Car Talk, who played themselves.