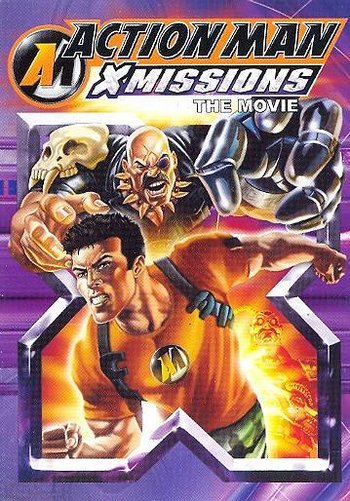 A trilogy of CGI movies based on the Action Man toy franchise that were all released direct-to-video.

The second movie, X Missions, is a retelling of the G.I. Joe movie Valor versus Venom, but with the Action Man cast of characters. Doctor X kidnaps citizens and takes DNA samples from zoo creatures to create an army of man-beast hybrids.

Third and last, Código Gangrena (Code Gangrene), only available in Latin America, has Professor Gangrene freeing Doctor X and No Face from prison and later betraying them. Action Man and Action Force then have to stop Gangrene's plans.

Tropes applying to these films: