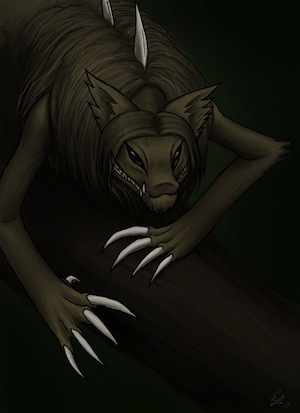 NOT a puppy.
Advertisement:

Tamuran is an epic fantasy webcomic created by multiple authors.

About: When the dark sorcerers of the land of Inikis were defeated in the Battle of Souls, their country was broken off from the continent and their evil was sealed away. Nine hundred years later, the seal is deteriorating, the magics to maintain it have long since passed from memory, and the sorcerers have had nine centuries to prepare their revenge…

His home thrown into chaos, the young heir of Tamuran must carry a message far through the wilds of his country if he is to have any hope of saving his kingdom and his people. But though the sorcerers’ power is rapidly consuming all the land, the heir soon finds that the legacy of his own ancestors may be just as deadly as any Inikan magic, and even his chosen protectors must face problems of their own…