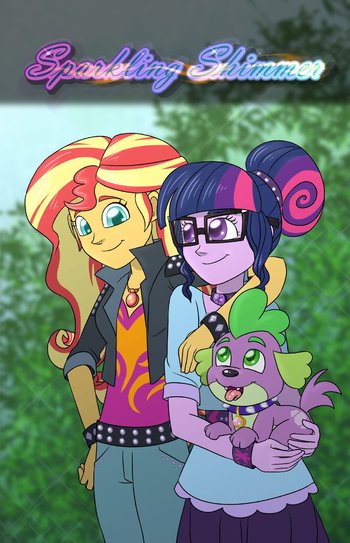 Shortly after the events of My Little Pony: Equestria Girls – Legend of Everfree, Sunset and Flash decide to give dating another shot. For a few months, everything seems to go okay. But when Twilight and Timber have a nasty breakup, it kicks off a series of events leading to Twilight and Sunset finding their true partners: each other.