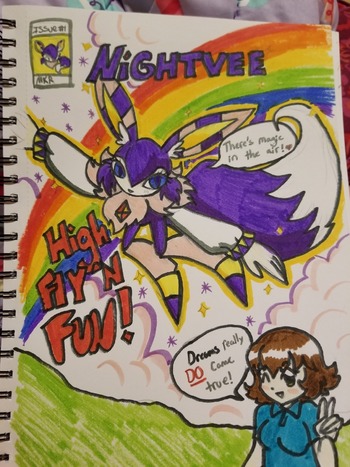 Nightvee is a fan Webcomic created by MKRNightvee in 2018. It is something of a fan retelling of Sonichu.

The comic's a NiGHTS into Dreams…/Pokémon crossover, starring the titular Nightvee, a hybrid of NiGHTS and Eevee. The comic takes place in MKRtropolis, a city located in the west of CWCville. Events take place at around the same time period, but with slightly different points of view.

, as well as Tumblr