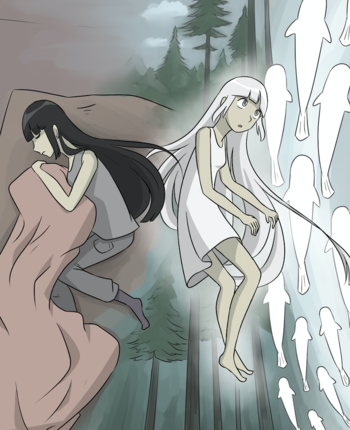 is a Magic Realism webcomic about a girl named Kiro, who is sent to a rehab camp in the Alaskan wilderness after getting involved in a shady get-rich-quick scheme. Somehow, she ends up in a camp full of teenage Internet addicts, where there is no adult supervision. And with a growing host of creepy entities that, apparently, only Kiro can see.

Detox Camp is drawn by sereneseal and has updated twice a week since April 2018.