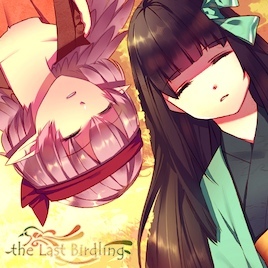 The Last Birdling is a visual novel developed and published by InvertMouse (Unhack, Bermuda, Without Within, Cursed Sight), and released on August 31, 2017.

Bimonia and her mother are two of what may be the last Birdlings on Earth. One day, Bimonia happens across Tayo, a human girl, but instead of killing her, she ends up becoming her friend. The two girls are determined to keep their friendship alive, but how will they fare against a world that insists they stay apart?