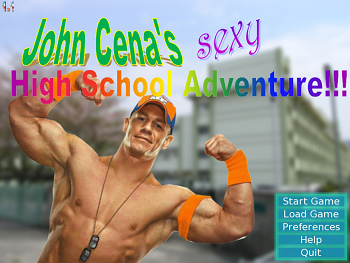 John Cena's Sexy High School Adventure!!! is a freeware Visual Novel Dating Sim by Lazlo319, created in 2014 for his "John Cena Jam" on itch.io It takes place in a high school setting, only all the characters you date are John Cena.

No, seriously. This is real. It can be obtained here