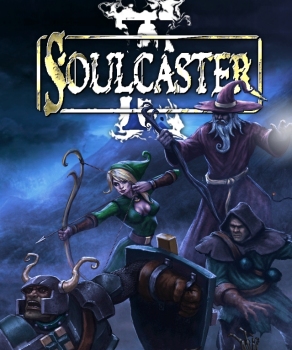 Soulcaster and its sequel Soulcaster II are a pair of retro-style games for Xbox Live Arcade and PC that blend classic Gauntlet-style top-down Action-Adventure games with Tower Defense.

The player character is totally helpless on his own. However, he has the ability to summon avatars of powerful warriors to defend him:

With the help of these three allies—as well as the mysterious Merchant, who provides RPG Elements in the form of buyable upgrades—your task is to defeat the waves of monsters that attack you as you travel through a series of dungeons.

The Soulcaster games provide examples of: